The contribution of this article is a maticulously sequenced presentation that curates concise yet deep insights from the many resources about this topic.

Graph type databases is the latest in the evolution of data storage mechanisms to handle complexity.

Graphs can provide insights not easily found using other technologies.

Graph databases provides an alternative way to to store data. Instead of static predefined schemas which require shutdown to change, graph databases can be configured dynamically while running. 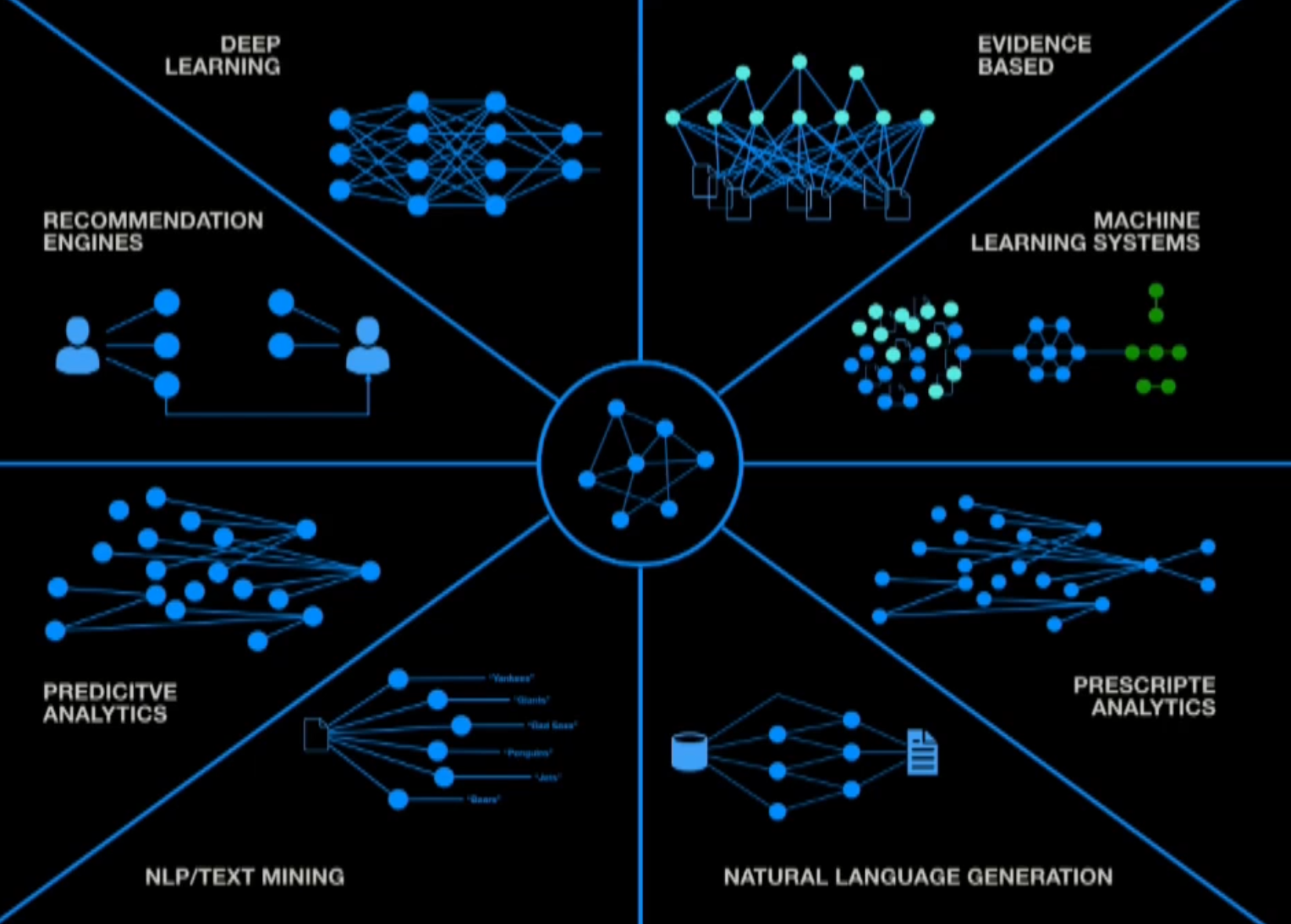 Directed acyclic (one-way) graphs (DAGs) are used in Git, scheduling algorithms, and form the heart of many neuro network (Tensor) models in many other modern applications. Its representation of dependencies (precedence relationships) enable its use in the Airflow task processing app.

It’s difficult for SQL to answer questions that were not already expected ahead of time. 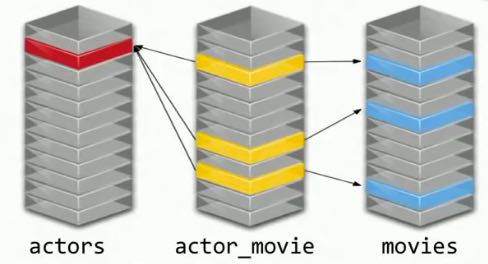 Writing SQL to represent a social graph containing 1,000 persons averaging 50 friends each can be difficult due to the need for joins and “de-normalized” physical structures.

It is time consuming for traditional relational databases to process complex indexed queries (even if it’s all in cache). However, graph databases can process complex data structures efficiently because it uses pointers instead of table lookups (for “index free adjacency”). A comparison VIDEO:

Whereas SQL data is stored in separate tables joined together using complex queries, Graph databases are “white-board friendly” because it stores data the same way as illustrated by its data model. Graph database diagrams look like ER (Entity-Relation) diagrams for SQL databases. The example below uses data from Movielens database containing 62,000 movies with 25 million ratings and one million tag applications applied by 162,000 users:

Each vertex has an ID (identifier).

Each edge has a weight. In a graph of edges representing segments of a road being built, the Shortest Path (Djisktra’s) algorithm reveals the least-cost set of road segments.

To order all nodes that satisfies all precedence relationships, a topological sort, implemented using a simple iterative algorithm.

Spanning Tree Algorithms find a path through all nodes. The minimum spanning tree is one that has the lowest sum of weights. Prim’s (greedy) algorithm works only for connected (weighted undirected) graphs. Krushal’s algorithm works even for disconnected graphs.

The advantage of graph databases appears when working with complex indirect relationships.

Relationships and nodes can be associated with name/value pair properties used to narrow searches.

Third-party add-ons can add a GUID to each entity.

Which graph database and language?

This ranking by db-engines.com lists Neo4j as the most popular graph database, with Microsoft Cosmos catching up quickly. Notice that Cosmos and others are called “Multi-model” (providing a Document store, Key-value store, wide-column store as well as graph database).

The Gremlin language traversal machine (GTM) is to graph computing as what the Java virtual machine (JVM) is to general purpose computing. Gremlin was developed (beginning in 2009) by Apache TinkerPop of the Apache Software Foundation. Thus, it is Apache-2 licensed.

Instead of a local instance, if you’re working as a team of developers, consider always-on availability, on-demand scalability, and support:

The Gremlin language is implemented by a wide variety of vendors, including Neo4j. Gremlin is popular largely because it is supported by the open-source Apache Tinkerpop/TinkerGraph (docs TigerGraph analytics cloud). Tinkerpop is one of two open-source graph databases that include @JanusGraph (http://janusgraph.org), open-sourced in 2017 under The Linux Foundation, with participants from Google, Hortonworks, IBM, Amazon, GRAKN.AI, Expero Labs, etc. Its distributed graph database has multiple scalable storage backends:

“It’s harder to get started with Gremlin than Neo4j’s Cypher. Gremlin has a SQL-like syntax (SELECT, WHERE, etc.). But Gremlin helps you understand graphs better than Cypher. And it’s available on free open-source software and most portable and available among vendors.” – John Ptacek [24:25] into “THAT Conference ‘19: Introduction to Graph Databases”