The “Internet Computer” (public cyberspace) extends the internet with compute to host “humanity’s logic and data”. It is the third major blockchain innovation:

VIDEO: Its competitor is Polkadot

DFINITY progressed from Copper 2019 to Bronze 2020 to Tungsten to Sodium to VIDEO: “Mercury Genesis” launched May 10, 2021. That’s when ICP token began trading on Coinbase with 469,213,710 tokens for $105 million. Initial rounds went to Andressen Horowitz

Dealings are homomorphic: public keys and secret key shares from different dealings can be combined into a single public key and corresponding shares.

Unlike Etherium and others, IC does not charge a fee (“gas”) for processing transactions.

Those who create an app must buy ICPT (ICP tokens) and convert them to “cycles”. Each SDR buys 1 trillion cycles. SDR being a basket of fiat currencies defined by the IMF, so it’s a type of “stablecoin” like Tether, Paxos, Gemini, etc. 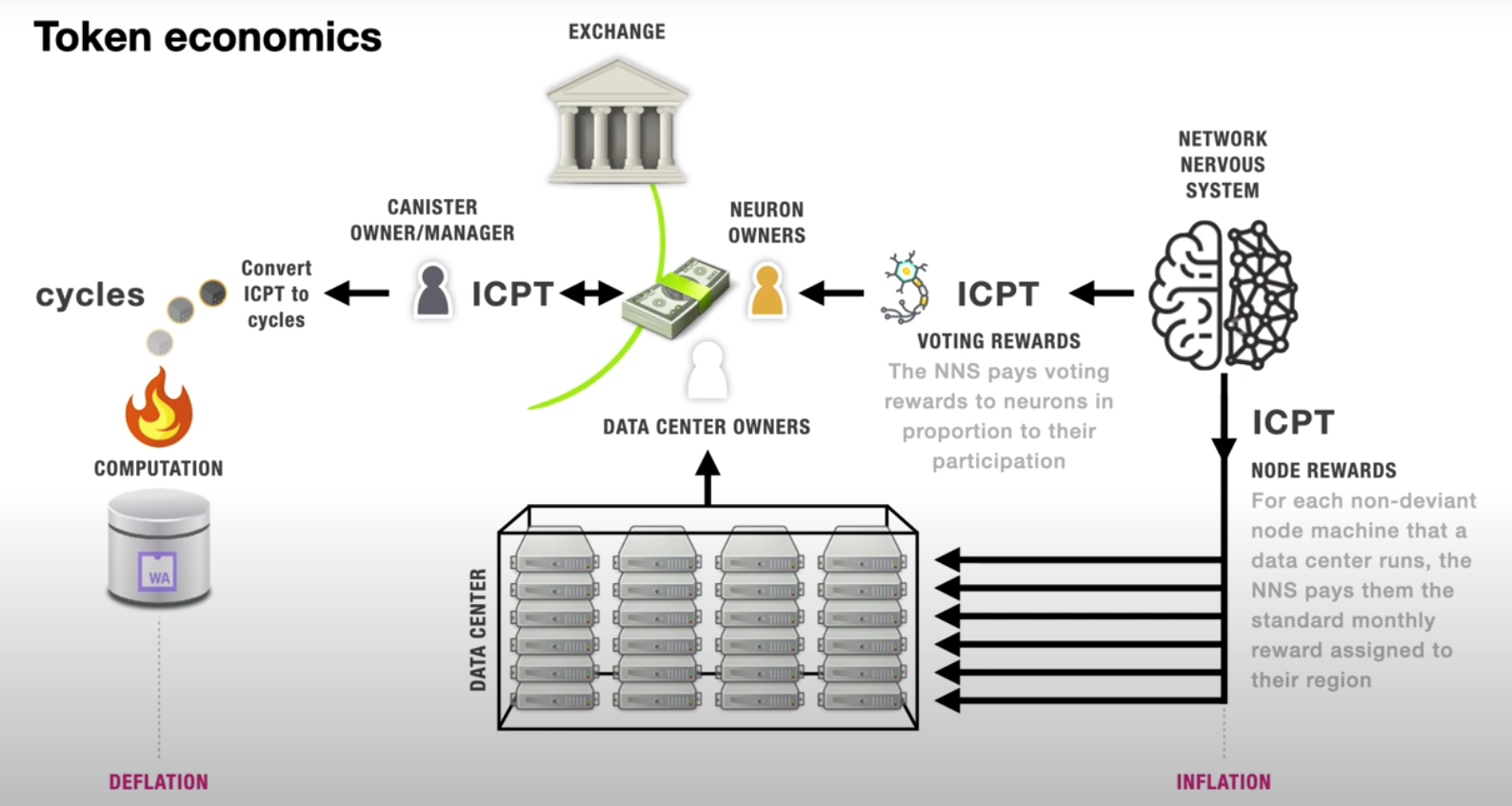 Follow https://github.com/dfinity/linkedup to install the front-end canister to interact with LinkedUp.

CONCERNS is “that DFINITY seeks to replace Big Tech with themselves”.

To securely access dapps on the Internet Computer and use Internet Identity for authentication, create an Identity Anchor, then add devices to it.

A different pseudonym is created for each dapp that you access by creating new Identity Anchors.

Windows Hello authentication is supported in Chrome, Edge, and Firefox.

VIDEO: Devices use Ubikey No passwords.

CAUTION: If indeed DFINITY is to take over the internet, then each person would only have a single identity, which means possible total exclusion. In that scenario, the current situation of competing tech giants is actually more diverse.