Use Terraform’s sentinel command on Workspaces from a module registry, to automatically identify RBAC-based violations

This adds to my tutorial on Terraform> which covers basic features of the Open-Source (free) edition of Terraform.

VIDEO: Why should I consider Terraform Enterprise? by HashiCorp co-founder and CTO Armon Dadgar:

The phrase “HashiCorp’s Sentinel” refers to executables for implementing governance policies as code written in the Sentinel DSL (Domain-Specific Language).

Sentinel policies are a paid feature available as part of the “Team & Governance” upgrade package.

Sentinel processes its own proprietary policy language based on Python.

The “Enterprise” license license of Terraform includes a sentinel command which applies policy checks (“guardrails”) when provisioning infrastructure from a VCS (Version Control System such as GitHub) containing IaC (Infrastructure as Code).

VIDEO: Sentinel is run between terraform plan and terraform apply.

Since January 20, 2021, a HCL (rather than JSON) format sentinel.hcl configuration file specifies “third-generation” *.sentinal policy language files, each with an enforcement_level:

What Sentinel does with rule violations depends on the Enforcement Level which defines the importance of that policy and thus what happens when a violation of that policy is detected:

PROTIP: To give Terraform coders time to adapt and modify their code, policy writers set new Sentinel policies initially set at Advisory to test just the triggering mechanism. After confirmation, the policy is transitioned to Soft Mandatory to ensure that teams are able to override. After confirmation, a policy is set to Hard Mandatory when there is concensus for that level. So specifications for enforcement need to be customized for each individual and team.

Sentinel does not analyze the executable contents of VMs and containers. Sentinel does not limit runtime actions of deployed applications and remove existing resources which violate policies.

When each change in policy code triggers automated checks for compliance in CI/CD pipelines, it’s like having a Security Engineer always review every change, which is too costly to achieve manually.

Policy-as-code is crucial to scaling security governance across a large number of development teams.

Each review generates an attestation report as evidence to show auditors compliance (that security policies are continually enforced).

When security policies are not just in a Word document but defined and automated like source code and versioned in GitHub, TFE treats Policy as Code (PaC).

To “shift-left” checking earlier in the development lifecycle, verify locally on laptops before resources are deployed in the public cloud.

Like Python, the Sentinel language is dynamically typed and has no semicolon at the end of each sentence.

The Sentinel language is designed with policy enforcement in mind, with explicit support for rule construction representing boolean logic.

GitHub Repository with Sample Sentinel Policies for AWS, Azure, GCP, and VMware as well as useful common functions in modules are at https://github.com/hashicorp/terraform-sentinel-policies

Sentinel can limit the sizes of VMs and Kubernetes clusters when in dev/test/qa.

Sentinel calculates the costs of each Terraform configuration BEFORE creating them in the cloud. And change in costs associated with each change in that configuration:

TOOL: densify.com dynamically self-optimizes configurations. This “FinOps” works by updating tags in AWS of recommendations for server type based on cost and performance analysis in real-time. VIDEO:

Enforce use of Tags

The Environment tag is used by teams who want different rules to be applied based on environment:

In the sample “enforce-mandatory-tags.sentinel” file, new services not on the list will not be evaluated because the policy file needs to be updated when new AWS services become available. Deprecated services may cause an error when referenced.

Require that S3 buckets use the private ACL and be encrypted by KMS.

Also, Tags provide metadata for “intelligence” to be applied, as shown in the next topic.

Some scan their IaC to detect “violations” of a Policy about ill-advised combination of technologies.

Storage optimized instances, labeled the “I3” instance type family can be used as what Amazon calls “Elastic Block Storage” (a.k.a. EBS) for high transactions, low latency workloads, and high IOPS. I3 is built with Non-Volatile Memory Express (NVMe) SSDs which will not lose data when powered down, but as long the instance it’s bound to is up and running.

Alas, instance storage can lose data if AWS EC2 instance is stopped. And it’s very common to stop an instance to save money or to downgrade/upgrade an instance.

So, a smart policy would be to ensure that a configuration using volatile memory have some mechanism to send data that needs to be referenced be sent to a more permanent recepticle.

Run this command from my public repo. It downloads everything needed after creating a project folder:

The script recognizes several parameters to control what gets run:

-v (-verbose) prints out details about each step.

The script aims to be invoked several times, but would not re-install unless the “-i” paramter is specified.

The error.policy file was written to be recognized as a policy violation so you can see a sample error trace:

PROTIP: Remember that “false” is returned to indicate a policy violation.

The main rule returns the value for the result of the entire policy.

So Sentinel expects there to be a main rule.

My example-Sentinel.hcl file invokes the most common policies:

Indentation is two or more spaces.

If local (“./”) precede a policy files are referenced, it is convenient to have the Sentinel hcl file in the same folder.

../this.sentinel specifies the parent folder of the current file.

../../this.sentinel specifies a folder two levels up from the current file.

Use of the above folder reference requires a standard.

PROTIP: Because this policy is referenced by all and needs updating, it’s best that it be referenced as a module.

PROTIP: Avoid hard-coding tag values. Within policy files, use a variable defined by the sentinel.hcl file.

QUESTION: Why does a central authority have to limit the VM types which can be requested?

Instead of following their DOCS, this procedure enables you to skip messing with PATH:

“For many organizations, part of this challenge is magnified by policies being spread out across the organization. Separate sets of policies existing in different physical and logical locations only create more barriers to enforce the procedures that matter. Policy gaps are often introduced due to a change in business logic or technology changes. If your development team updates authentication schemes, or operational teams make changes to the architecture of the organization’s environment, you are likely going to end up with a policy gap.” *

NOTE: There is a 1:1 match between state and config.

VIDEO: At the top of some Sentinel files are import statements:

Sentinel Modules allow Sentinel functions and rules to be defined in one file and used by Sentinel policies in other files. In other words, load in Sentinel code as an import.

https://docs.hashicorp.com/sentinel/writing/testing#mocking Mocks are used during testing to simulate scenarios where a policy would pass or fail.

Mocking can be done by setting various parts of the configuration file which set static globals and imports.

One way to mock is to shift parameter values to reference globals, simulating an environment where variables are already defined instead of being retrieved for reals. Example: https://docs.hashicorp.com/sentinel/writing/testing#mocking-globals

Mocks can also be done by using an import.

Each Workspace consists of:

There is one set of each for each environment:

Policy sets are groups of policies that can be enforced on workspaces.

A policy set can be enforced on designated workspaces, or to all workspaces in the organization.

A sample Workspace for each team which manage certain resources (configs), with different RBAC permissions for each team/workspace:

SMEs (Subject Matter Experts) are needed because there are many nuances to configure and misconfigre each service. “Best practices” to avoid vulnerabilities change quickly over time as services change and new vulnerabilities are discovered.

PROTIP: Ideally, standards, Best Practices, and policy code for each service would be reviewed on a monthly basis, to review recent vulnerabilities and remediations. Video recording would enable others to catch up. Each policy reviewed would be accompanied by policy coding and a demo testing the service.

The review would be educational, so others can take over for the SME.

Create a module registry containing reusable module (created by experts) so consumers don’t need to know how the module works. Consumers would only need to supply DNS name.

VIDEO: Getting Started with Terraform Enterprise

Paste code such as this main.tf to provision, using defined Terraform Variables key/values:

[14:08] Within each Terraform Enterprise are cloud provider credentials and TF_WARN_OUTPUT_ERRORS, CONFIRM_DESTROY.

There are also policies to restrict list of VM sizes which can be used. 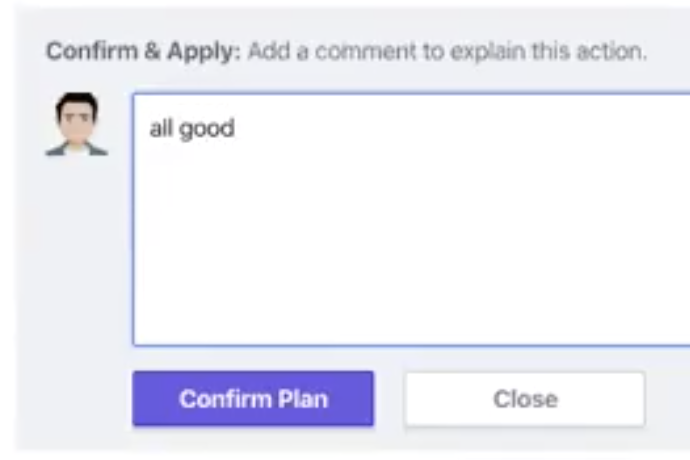 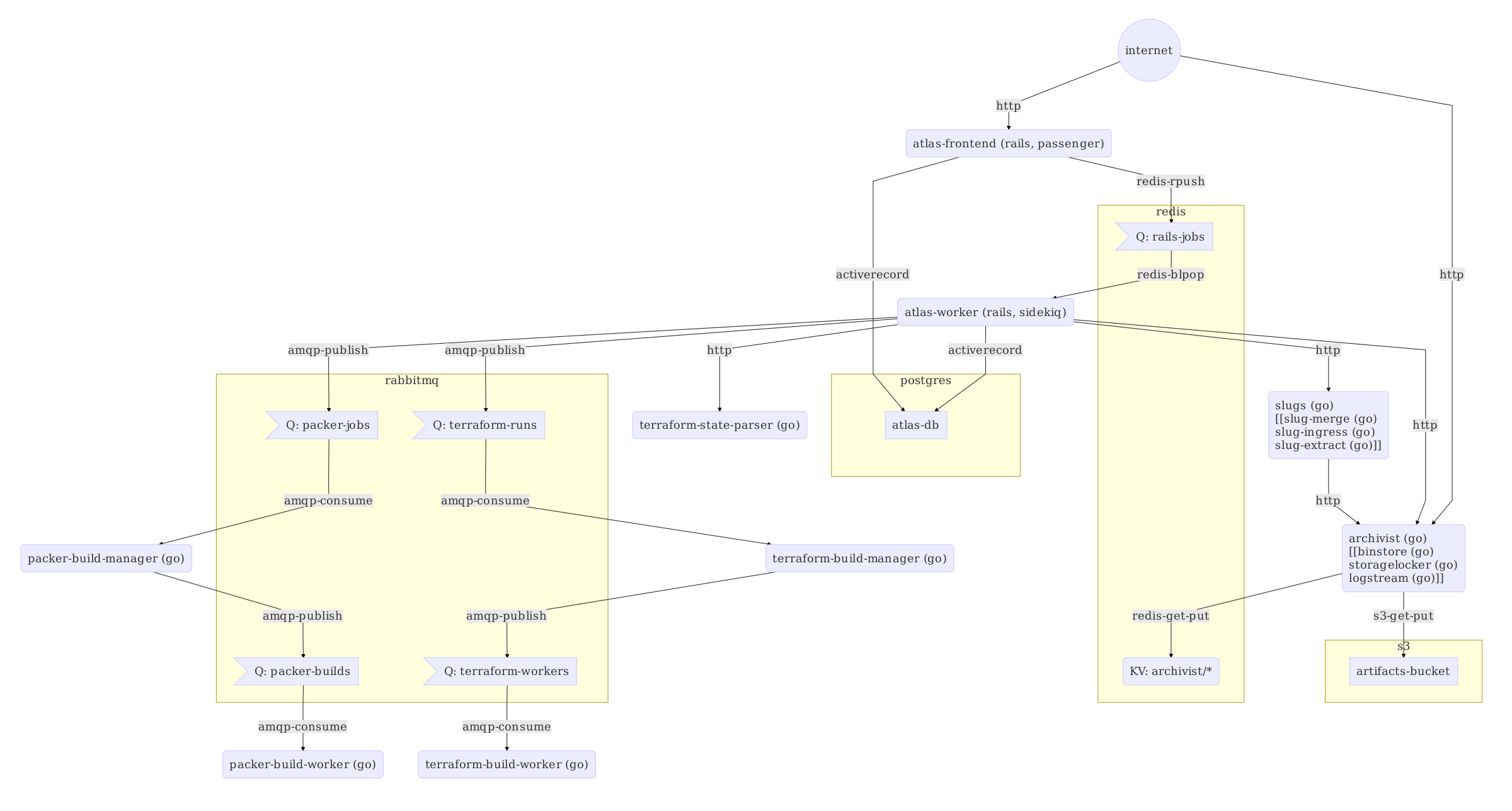 The types of Sentinel policies, correspond to the three Sentinel imports:

Run the Sentinel Simulator with mocks generated from Terraform plans.

Alternately, trigger runs against workspaces that use that Terraform code:

The tfh program in https://github.com/hashicorp-community/tf-helper provides commands for performing operations relating to HashiCorp Terraform. The operations include interacting with Terraform Enterprise (TFE) and also reporting on and manipulating other Terraform artifacts. The scripts are not necessary to use Terraform Enterprise’s core workflows, but they offer a convenient interface for manual actions on the command line.

Its tfh pushconfig and tfh pushvars commands replace and extend the functionality of the deprecated terraform push command. Use it to upload configurations, start runs, and change and retrieve variables using the new Terraform Enterprise API at https://www.terraform.io/docs/enterprise/api/index.html

VIDEO: How to Transition from Terraform OSS to Enterprise

AWS offers the AWS Security Hub service which publishes security alerts from other services across regions.

The cumbersome aspect here is that a central SOC team must individually analyze each alert, then notify the appropriate individuals to request remediation action.

AWS Security Hub also sends emails of crucial and high alerts to designated individuals, but emails often are not read.

Policy as Code with Terraform and Sentinel Azure DevOps

Guide to Writing and Testing Sentinel Policies in Terraform: https://storage.googleapis.com/instruqt-hashicorp-tracks/sentinel-shared/WritingAndTestingSentinelPoliciesForTerraform-v3.0.pdf