This graphic is from a sample Microsoft Azure ML Pipeline Visualize Evaluation result: 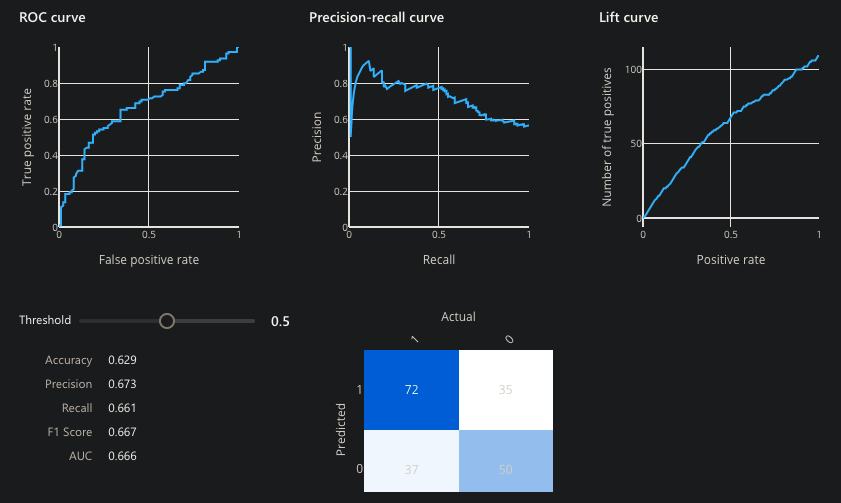 Azure does not present all the statistics, which we cover here.

Among the statistical measures presented:

The multi-colored box at the lower-right is called a “Confusion Matrix”, a metric of classification model performance.

DOC: Test data was split so some of the data is used to determine how well predictions created from a model. The matrix is presented in a 2x2 box with the Predicted label to Actual (True) Label (yes or no) to identify true/false positives/negatives.

REMEMBER for the test: Draw this on the white board from memory:

Outside the box of n (total): VIDEO:

Based on n (total) diagonal:*

VIDEO: Columns represent the known truth: The higher the number, the better:

Different values in the Confusion Matrix would be created for each level of threshold.

VIDEO: F-1 Score is a single number that takes into account both precision and recall: the weighted average (harmonic mean) of the true positive rate (recall) and precision = 2 ( 1/P + 1/R ). When comparing between models, the larger the F1, the better.

F1 is also called “F beta” where a beta adds other than 0.5 weight to either precision over recall.

Some plot the F1 Score over time in a line graph to determine progress over time. 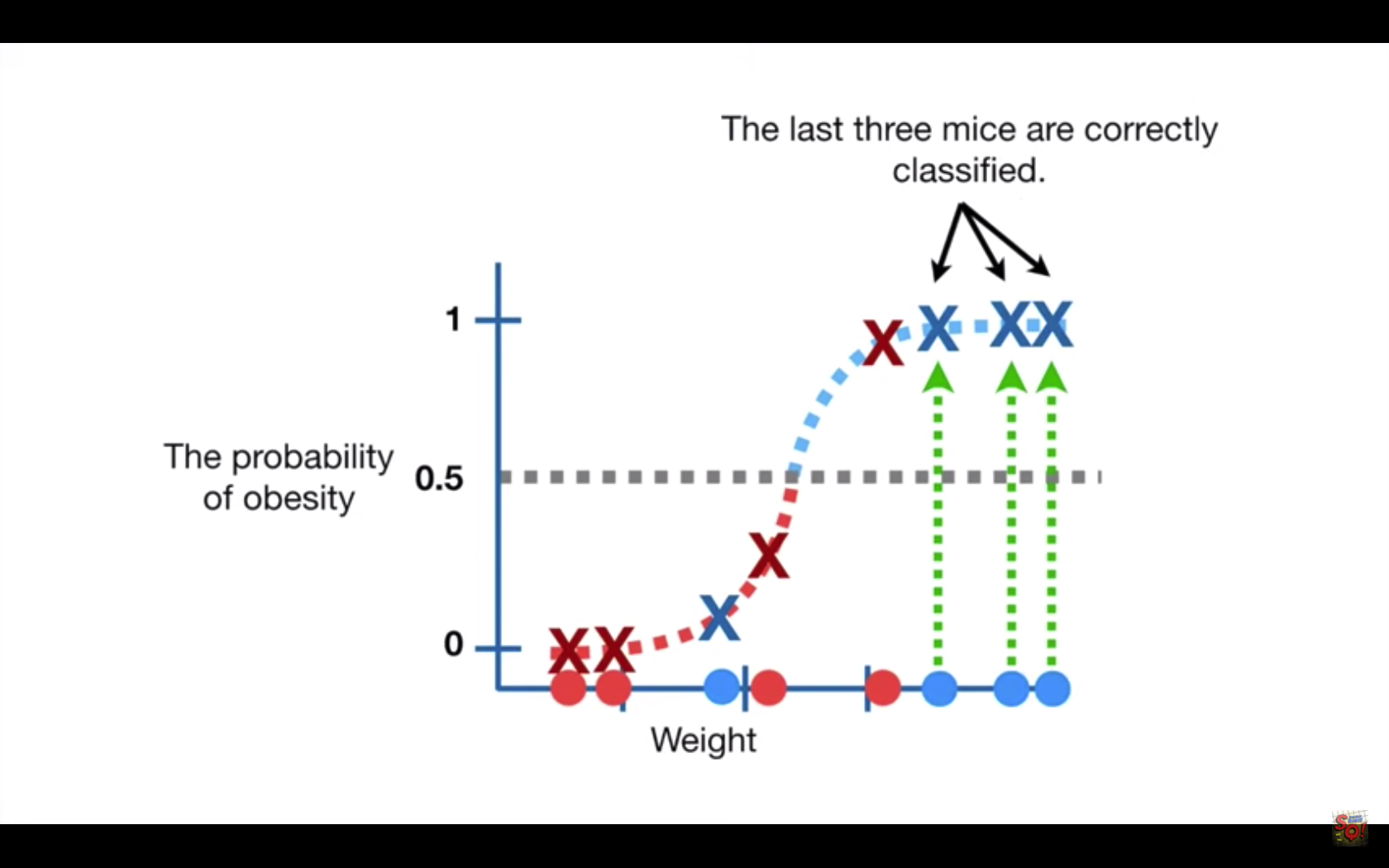 For a model that predicts the probability of obesity in mice based on weight, each combination of probability and weight is plotted twice: Along the horizontal line, a red dot is placed for each subject we know to be “not obese”. The heavier the subject’s weight, the further that subject is placed to the right of the line. A blue dot is placed for each subject known to be “obese”. Additionally, as an X (like a scattergraph) for the combination of weight and probabilty predicted. Blue designates correct and red designates each incorrect prediction.

The Threshold, shown at “0.5” can be adjusted up or down (even though the control is horizontal).

The Threshold would be set lower when it is important to correctly classify positives (such as whether a patient is infected).
But this would likely increase the number of False positives. 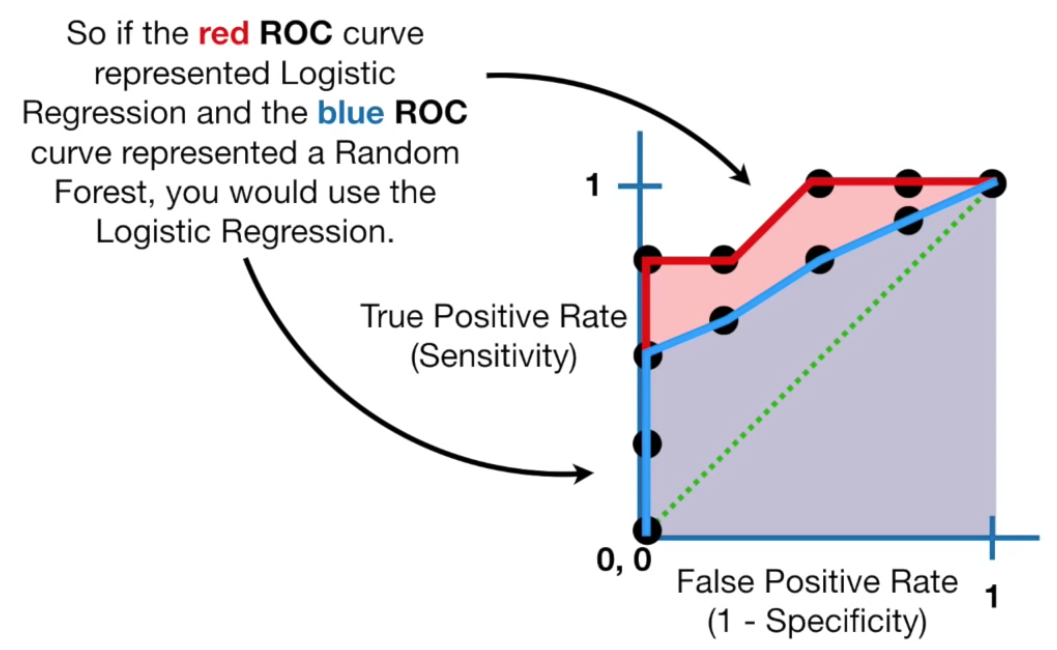 ROC (Receiver Operating Characteristic) curve shows the relationship between the rate (percentage of) True Positives aka “Sensitivity” on the Y axis vs. the percentage (rate) of True Negatives on the X axis, as the decision Threshold changes.

In other words, the ROC graph summarizes all the Confusion Matrices resulting from each Threshold setting, so you can select the level appropriate.

The VIDEO: AUC (Area Under the Curve) diagram compares different ROC curves. For example, to compare methods of categorization (such as between Logistic Regression vs Random Forest).

A model with AUC of 0.5 performs no better than random chance. The larger the AUC to 1.0 the better the model is at separating classes. Thus, the ideal AUC is 1.0.