Photo Credit: And Beyond

Pact is a word (not an acronym) for a family of software testing frameworks (at https://docs.pact.io) to take the place of integration testing.

The traditional approach of integration testing is to test the interaction between each service against all the other providers of services. This can be a massive effort.

But instead of testing all the combinations, the approach of Pact is to use mocks to independently test consumers and providers. First, during unit test runs, Pact captures web service calls consumers make with providers of web services in order to derive “contract files” that define their interaction.

The technical name for the contract files are “Consumer Driven Contract” (CDC) definitions. to ensure that independent of the are actually satisfied by the collaborating services built.

Since each microservice has its own database, data duplication is problematic.

All the steps below is summarized and animated by a PowerPoint file : 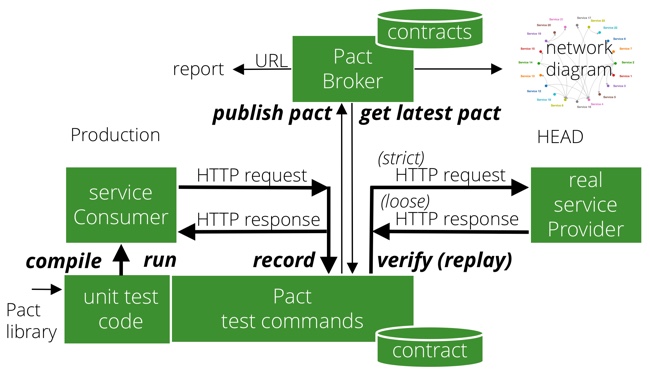 When contracts are committed (or otherwise saved) into a source repository, the event is recognized by an event hook which kicks off a Jenkins job invoking the Pact server.

When known-compatible versions of Consumer and Provider goes into Production together at the same time, the Provider codebase (how it actually works) has already been tested as being compatible with pact files representing requests made by Consumers in Production.

But because Consumer and Provider are not always updated together at the same time, a legacy version in the Provider may not be compatible with a Consumer pact’s most recent version, which Git automatically labels as the latest “HEAD”.

New changes in the Provider codebase may break compatibility with Consumers in production.

These situations are illustrated using this “Pact Matrix”:

So, to detect compatibility issues from disconnected versions:

Postel’s Law, also called Robustness Principle, says be strict in requests sent out, but interpretation of responses should be loose (liberal or be accomodating) such as by allowing (not rejecting) extra keys unused by some consumers. This and this video uses the example of internet browsers being forgiving of HTML errors. 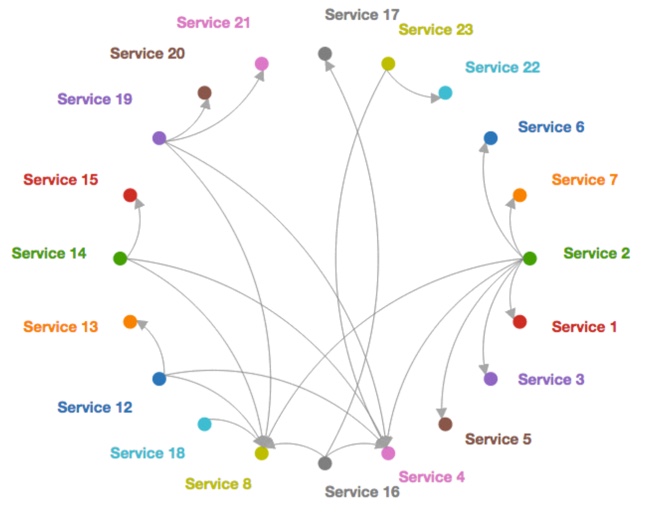 Pact eliminates the need for integration tests and thus a separate set of servers for the integration environment.

Tests generated from Swagger (now OpenAPI) specifications are complimentary to Pact because they focus on whether servers can handle various HTTP response codes and data types defined in the spec. This is done by Atlassian’s swagger-mock-validator command line tool which confirms whether mock request and responses conform to the schema specified in a swagger specification (rules defined). Its command format is:

A Consumer Driven Contract (aka pact) is a JSON-formatted file that contains a collection of agreements between a client (Consumer) and an API (Provider) that describes the interactions that can take place between them.

The above is from https://codefresh.io/blog/how-to-test-microservice-integration-with-pact/

If a pact such as the above is stored in a Pact Broker service, pasting the pact URL into a browser would return a formatted presentation of the pact generated.

Beth Skurrie (@bethesque, of Melbourne, Victoria and https://github.com/realestate-com-au/pact ) explains in a [26:37] video on Sep 04, 2015 at [9:32] says “Pact mocks the provider when it the consumer makes calls and handles responses correctly. [9:45] While consumer tests are running, the interactions is recorded into a Pact file as a contract. That file is then used to interact with the real provider to ensure “test symmetry” that mock and real providers work the same way. 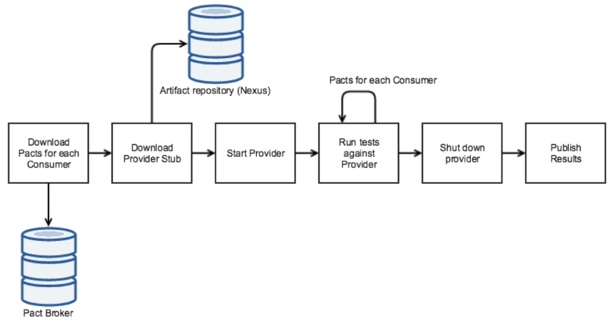 [12:19] shows that Pact Provider contract tests can also be used in QA and Staging. 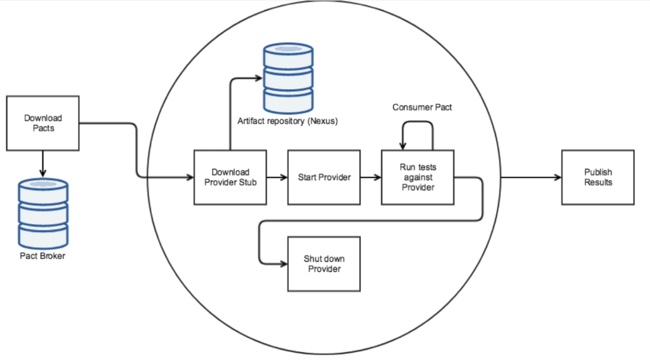 There are several ways

NOTE: this image should be modified before using in Production, in particular, the use of hard-coded credentials

A) Use Terraform on AWS

Alternately, one sample Dockerfile to bring up Pact-Js within Docker,

First of all, if the consumer assumes the API would be based on posting a JSON document (being invoked from a web browser), make sure that the provider is not implemented using an application/x-www-form-urlencoded POST API.

Development of the interaction starts from the consumer side, with a test that at first fails until code is written to make the test pass (TDD here).

This contract is then provided to the Provider team to implement the provider service to fulfill the contract.

PROTIP: Contracts are readable by both people and software.

This DSL from Guidelines:

https://gist.github.com/bethesque/9d81f21d6f77650811f4 You will need ruby or the standalone mock service to run these examples.

Escape the integration syrup with contract tests by Stefan Smith ([45:11] Video at Agile on the Beach 2015

https://www.youtube.com/watch?v=MDydAqL4mYE Consumer Driven Contracts and Your Microservice Architecture</a> [51:01] at Devoxx by Marcin Grzejszczak (@MGrzejszczak) and Josh Long (at Pivotal).

https://groups.google.com/forum/#!forum/pact-dev Google users group: for ongoing discussions rather than questions