Git and GitHub Videos and Tutorials

Binge watch all the vidoes on distributed source version control

This article was created so that you can search for a keyword to how various people talk about the same topic. This is because YouTube provides only a few on the same topic sought.

By Me - Wilson Mar

https://goo.gl/12C1BF is my playlist on Git and GitHub where I put the latest versions of each:

By people within GitHub, Inc:

git-scm.com/documentation/external-links lists written tutorials from those outside of Git’s employment, including Ry of Ry’s Git Tutorial.

A rather cerebral introduction made in 2012:

Among many videos on GitHub’s video channel at:
vimeo.com/channels/GitHubguides

For Free Code Camp on YouTube Sep 2016 quick (conceptual) videos with captions and graphics on a white board:

Briana Swift from GitHub with Jeremy Foster, a Microsoft technical evangelist present a series on Microsoft Virtual Academy. But someone downloaded the videos to YouTube on 1 Nov 2016:

Microsoft broadcasts all their videos on Channel9.msdn.com.

In a search for Git within the Microsoft Learn website. In 2018 “TFS” was rebranded to “Azure DevOps”.

From other software publishers

How do I start working with Open Source and GitHub?

This IDE is the darling of developers. From among videos for users of IntelliJ Community Edition on this Playlist are these on Git:

Tobias Guenther (tg@fournova.com in Germany) is a developer of Tower, a feature-rich git client for Mac OSX and (since 2017) for Windows.

On his YouTube channel is a playlist to “Learn Git on the Command Line”:

The following “Advanced” videos are also shown at: http://www.git-tower.com/learn/git/videos for $89:

This series by Greg Pollock was previously on thoughtbot. It provides a real hands-on learning experience by making you enter the commands. See http://thddaniel.github.io/2014/11/09/Git%20Real%202/

The “Magic of Git Exposed” by Andy Benedict (andy at andybenedict.com) Apr 4, 2016 illustrates concepts using a custom deck of playing cards you can print out from US letter paper or European A4 paper.

“Git is a version control system design to track the history of text files across multiple distributed instances, without the need for constant communication between instances, by representing files, their relationships, and their history as complete, raw data blogs stored in a compressed database indexed by statistically unique, content based, pseudo-random hashes and whose entire history and content can be accessed, from any arbitrary starting point, by means of recursive traversal or its node space, which is best represented in the form of a directed acyclic graph mapped, along with its content, in four dimensions.”

Instead of SHA hash codes, the video uses the more familiar references used in a 52-card deck of playing cards, such as the Jack of diamonds. The deck has a known sequence (Ace, King, Queen, Jack, 10, etc.) for each of four French “suits” (hearts, diamonds, clubs, spades).

Great idea. But I was confused by the explanation.

From the same head talking about Rails, Docker, Solidus, Elasticsearch, and React, a popular series:

From those who ask for money:

Egghead.io (@egheadio) charges $250/year ($150 during a discount period) to view code, transcripts, and unlock viewing features such as speed-up playback. Their videos are thorough and hands-on, focused on teaching front-end web dev skills.

Juri Strumpflohner, in his Productive Git for Developers offers a video on each piece of great advice:

The remainder are for $29 per month (for all their tutorials primarily on Ruby and some Python, also Vim & zsh nerdness, TDD, etc.):

There are several free videos among BuildAModule.com’s library of 1800+ videos on Change Management and Version Control using Git.

Text spoken in its videos are highlighted in a panel on the right (like Lynda/LinkedIn).

The site specializes in enabling you to use Drupal for web content management, at $29 a month.

For $10 a month to Skillshare,
Learn Git: Everything You Need To Know by Adam Eubanks working on a Linux computer and using his https://github.com/khanradcoder account and
https://www.youtube.com/khanradcoder

The course is also cross-sold on Udemy.com.

Each of the 12 videos is really short. The whole course is done in less than an hour.

A video of the presenter talking is at the lower-right corner. But a big microphone obsures the presenter’s face on some videos.

Nice that folders are shown along with commands.

For $300 per year, Pluralsight has purchased several other video training companies.

When LinkedIn bought Lynda in 2016, the whole Lynda library of videoes got included in LinkedIn’s Premium subscription of $29/month. It is also available free in many public libraries. https://www.linkedin.com/learning/git-essential-training and Git Essential Training 24 Aug 2012 [6h 25m] by Kevin Skoglund 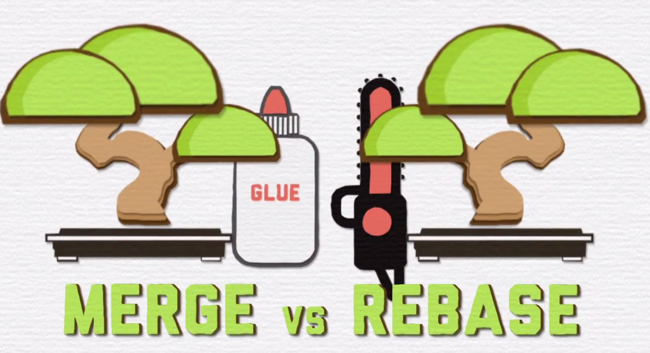 $9 a month at Laracasts.com gets you access to videos that are applicable to not just the Laravel PHP platform. There’s something about Jeffrey Way’s voice that’s it’s like a Disney toy unboxing video. (He’s at jeffrey-way.com).

In his Git Me Some Version Control series:

https://www.udacity.com/course/how-to-use-git-and-github–ud775 Udacity has a FREE hands-on tutorial by Google people. It pauses with quizzes along the way. So it takes some patience get through its thoroughness. It starts by diving right in with diff:

This is for those who pay a subscription (of $286 per year) to access all Linux Academy videos, not just these.

Git and GitLab - From Start to Finish 3:20 hours over 22 vides (with no speed-up setting). by Terrence (Terry) Cox.

This Git and Github video on Mar 5, 2018 [5:28] is the first of 12 sessions from the March ‘18 Mini Bootcamp by Lambda School at https://github.com/LambdaSchool/Precourse/tree/master/Lesson1-Git And a Slack channel enabled interations during and after the live class.

Lars Vogella in Germany turned his experience as a Eclipse developer with a knack for clear explanations into a publishing, training, and consulting business at vogella.com.

Several people, on their personal time, created videos for others to enjoy, for free:

GitHub: Navigating and Employing in Software Development and Deployment Nov 19, 2019 [55:37] by Rod Davison

On Jan 2, 2016, Raghav has a Automation Step by Step channel where he has a Git and GitHub Beginner Tutorial, which actually covers more advanced features than most others, such as autocomplete:

On the Mobile Developers of Berkeley YouTube channel all on Sep 29, 2017:

Among his brilliantly clear YouTube videos on Python is this Git Tutorial series that focus on the most confusing aspects:

From Sep 2015 to Nov 2016, this series I think is the most in-depth among all videos on YouTube. No diagrams. Everything shown occurs on the command line, even the title of each video.

BTW I don’t agree with Dan’s statement: “I purposefully focus on the command line usage of Git, because lets face it, if you’re using a GUI with Git, you probably have no idea what’s going on :P”

Dan is such a technical bad-ass he uses as an example something literally from rocket science (well, it’s a game about being in weightless space, but nonetheless it’s from NASA):

Videos show diagrams (no commands shown) from May 9, 2013. But blog at http://www.codecasts.tv contains code gists. Playlist:

Among tutorials on JavaScript, WordPress, Sublime Text, CSS, and other front-end skills:

Among series on Blue Prism RPA is this GIT QuickStart using Visual Studio by Ameer from India:

CAUTION: The speaker constantly blows into the microphone, which is giving me an ear ache.

As “Another AEM Developer”

It’s not the best, but this video comes up frequently on YouTube. Maybe it’s got a great title:

Git mastery in 20-minute increments series is fearless and deep. It was created when Seth was at cars.com July 2012.

The “git-dag” utility to display Git DAGs is at https://github.com/whiteinge

Travis Neilson, “a noob, just like you, which makes me the perfect candidate” for making a 4-part series with back-beat music, cartoons, and video memes (for ad revenue and donations on Patreon.com).

In 2012 Casey Li uploaded a “Gitting to Know You” series on his YouTube channel. In his playlist:

These videos have ads:

This guy reminds me of Peewee Herman in front of a whiteboard after going through a coding bootcamp. Rainbows and unicorns. His website is thecodingtrain.com. On YouTube: The Git and GitHub for Poets series (makes good use of green screen video making so you won’t miss his enthusiastic hand flings):

Makes use of hand-draw diagrams and gamer references:

Are authors of these top books on Git camera-shy?

Alan Hohn wrote Conversational Git at http://blog.anvard.org/conversational-git. Code for the book’s website is in the gh-branches branch of a repo in GitHub. As of this writing, the last commit was in 2014, before Git 2.0. However, the book provides contrast of Git vs. Subversion.

Visualizing Git Concepts in D3 provides an interactive environment to illustrate the impact of git commands you type in.