DevOps 2.0 in hybrid clouds with Docker

This article explains the quickest and least cost way to create servers for test or production use at enterprise scale.

Below is a summary of the funcamental strategies to achieve speed for less money. It’s not doing the same thing faster. It’s a new way of working that takes less time and less risk to achieve more.

The narrative to the diagram above is here:

“DevOps 2.0” is achieved by tools from several developer groups.

Why Upgrade from DevOps 1.0

How long does it take to make a small change … and get it to the end customer? … through tests in various environments which gets more complex as more developers and components are added over time?

“DevOps 2.0” improves on where the “12 Factor App” promise of DevOps faces limits:

“Staging Servers Must Die” by Edith Harbaugh 2016 advocates for feature toggles – bits of code written into your application that let you turn features on or off at a moment’s notice for specific segments of your user base. It’s used by Facebook, Amazon. See Etsy’s Feature API on GitHub

There are also integration offerings such as Zapier, Microsoft Flow, etc.

“12 Factor App” is defined in 12factor.net and explained at: 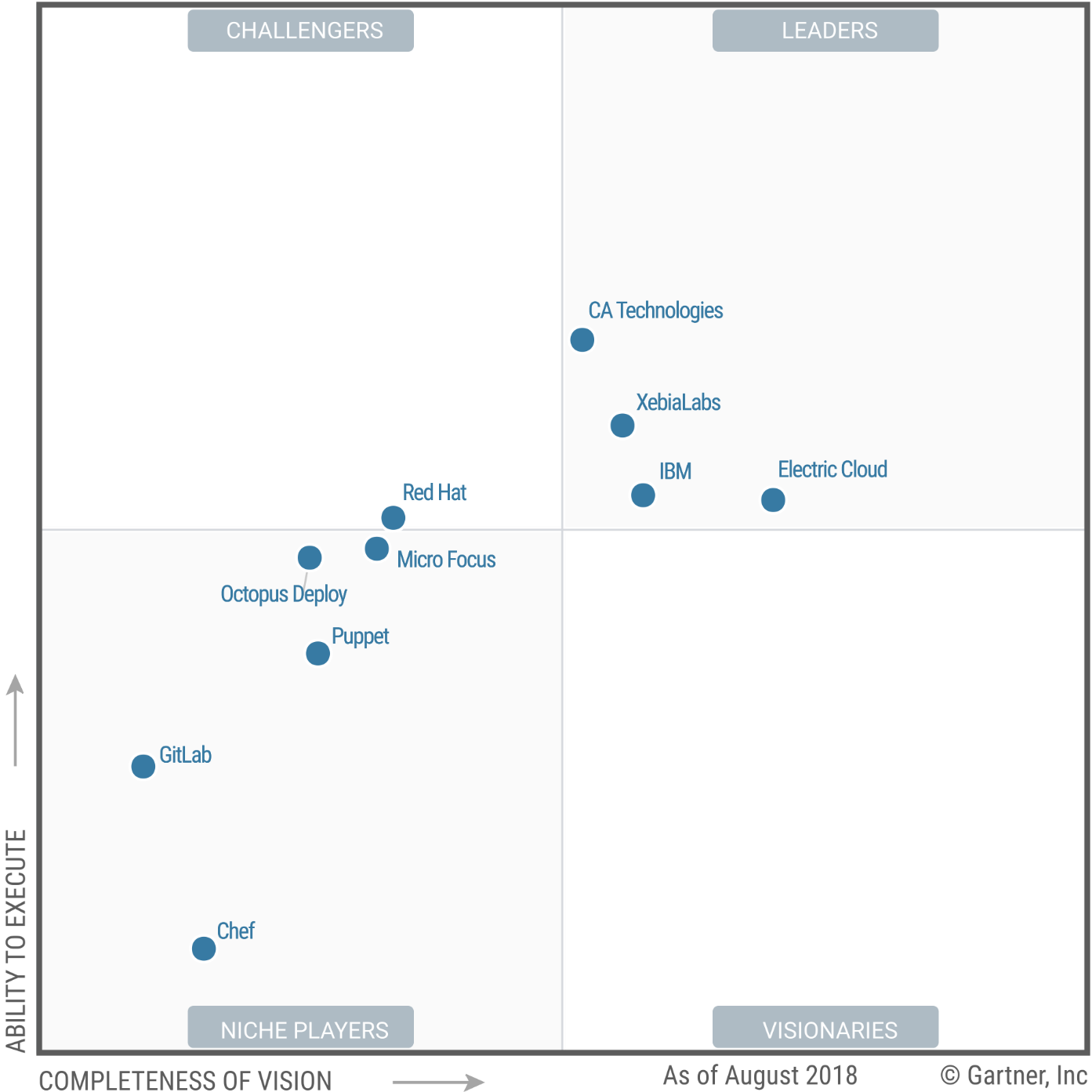 Gartner predicts that “By 2023, 75% of global enterprises will have implemented at least one application release orchestration (ARO) solution, which is an increase from fewer than 20% today” in 2018.

ARA vendors are listed alphabetically below, along with Glassdoor.com reporting from employees who recommend the employer:

Docker containerized environments use Kubernetes or Docker Swarm and Compose.

Kubernetes software watches and adjusts the number of servers as appropriate.

The main difference is that developers don’t need to learn Jenkins and Chef.